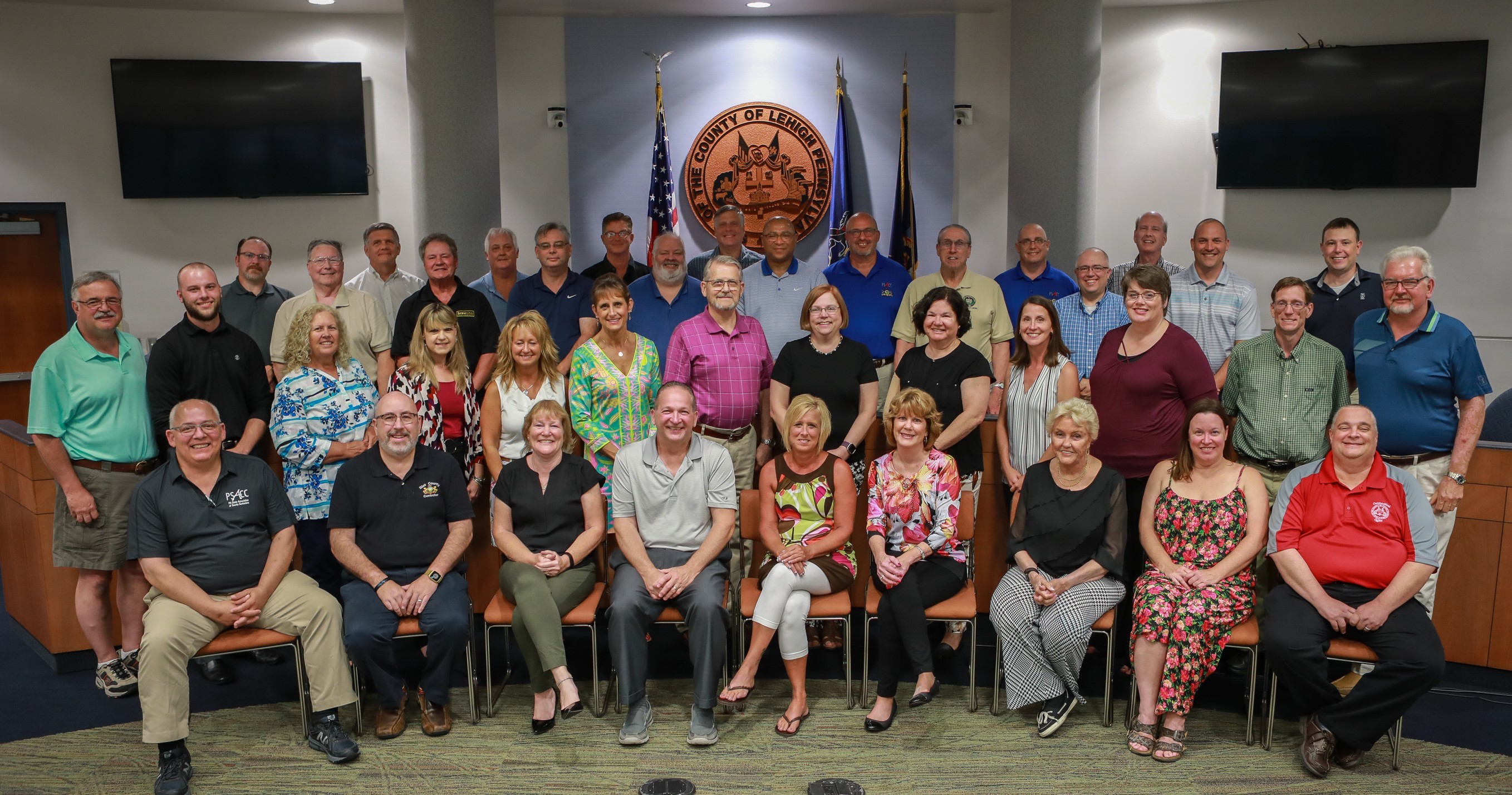 Pennsylvania State Association of County Controllers (PSACC) is comprised of the county controllers from 38 counties who serve as the “fiscal watchdogs” for their county. PSACC is a resource for and about county controllers and strives to provide resources, educate, and inform its membership. Each year PSACC hosts educational conferences in spring, summer, and fall to assist with this goal. Go to Events for more details.

All counties from the first through fifth classes must have a controller, and the office of controller may be established in any county of the sixth, seventh, or eighth class if the majority of those voting on the question in the county so desire. The question of whether to have a controller in a sixth, seventh, or eighth class county may be placed on the ballot upon petition by 100 qualified electors of the county. The controller in a Pennsylvania county serves a four year term and is always eligible for re-election.

Next to the commissioners, the controller is probably the most important official concerned with county financial administration. In financial control per se, he is probably the most important. It is his responsibility to supervise the accounts of all county officers who deal with public moneys. In addition to annually auditing, adjusting and settling their accounts, the controller authorizes all fiscal transactions. At any time he can require officers to account for all public money and property under their jurisdiction. It is in his power to investigate for fraud or any flagrant abuse of public money, and he reports any such abuse of the public trust to the county commissioners and the district attorney with his approbation of legal proceedings to be instituted against the officer involved.

The controller is the official bookkeeper for the county. He keeps a regular set of double entry books of all fiscal transactions of the county, and prescribes the manner in which all books and forms dealing with county fiscal affairs should be designed and maintained. From his records he prepares and submits a monthly report to the commissioners depicting the financial condition of the county and the current status of the budget appropriation accounts. In some counties he also furnishes monthly reports to the department heads, thus facilitating budget execution and control. Annually he prepares a comprehensive report of the financial status of the county as per the end of the year detailing the revenues and expenses for the year. This financial report is submitted to the court of common pleas, the Department of Internal Affairs, and the public. The controller is also required to give information about the fiscal affairs of the county to any citizen desiring such information.

The controller may be said to perform both a pre-audit and a post-audit. He performs the pre-audit through a daily check on purchases, through daily reports from the treasurer as to the status of all county funds and through monthly reports from all fee officers. He performs the post-audit by virtue of his authority to audit the books of any county office at any time.

The function of pre-audit, as will be pointed out below, is a most important one indeed. Here the controller scrutinizes, checks the status of appropriations and decides on the propriety of all bills, claims and other demands brought against the county. If he approves the expenditure, he draws and certifies vouchers for payment; if he disapproves, he sends a notice to the county commissioners stating the reasons for his disapproval. His disapproval can only be overridden by a court order obtained by the commissioners. There is no similar pre-audit control in counties which do not have a controller.

In preparing financial reports, the controller has the power to issue subpoenas to compel the production of relevant supporting material, i.e., books, vouchers, invoices, other papers, etc.

In some counties the controller actually prepares the budget which is subsequently approved by the commissioners. However, the general practice is for the controller to prepare comparative statement of revenues and expenditures and the amounts of appropriation requests which the county commissioners utilize in determining the final budget. In counties which do not have a controller, budget preparation is the complete responsibility of the commissioners who usually rely on the chief clerk to a great extent.

The post-auditing duties of the controllers include not only the audit of county moneys but also all taxes, penalties, fines, costs, etc., collected by the county treasurer and belonging to any of the county’s political subdivisions. The controller has custody of the county’s titles to real estate, contracts, paid bonds and obligations. He also audits the county treasurer’s accounts of money submitted to the state treasure, making a separate report to the court of common pleas and sending a certified copy to the State Auditor General or the State Department of Revenue. Finally, the controller also audits the accounts of parole and probation officers who receive any moneys paid under the sentence, order or judgment of any court, reporting the audit to that court. To facilitate the performance of his duties, the controller may appoint a deputy, clerks and a solicitor.

From “Fiscal Administration in Pennsylvania Counties”

Members of the Association